Thumb Pickles and Other Cautionary Preserves 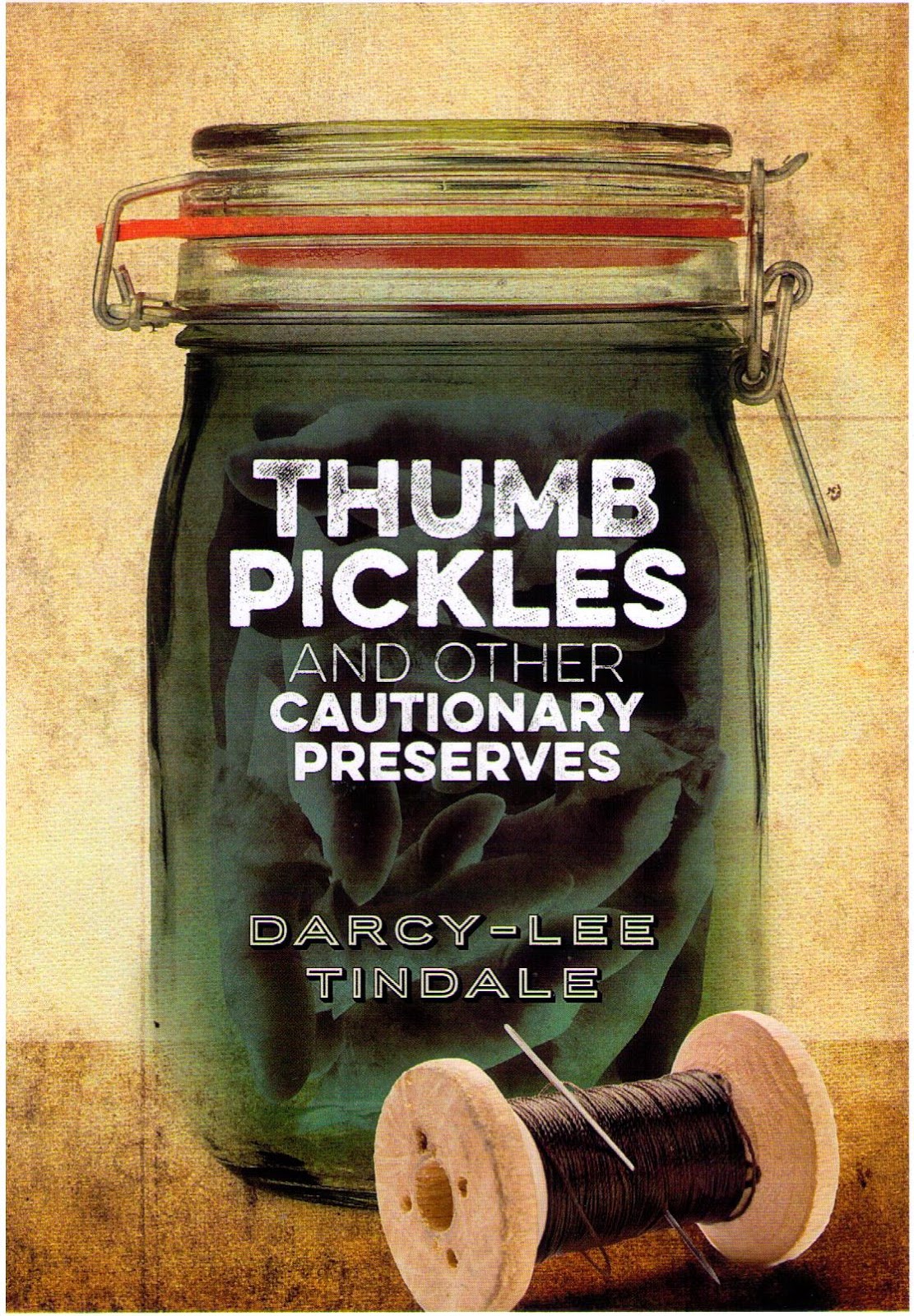 Darcy-Lee Tindale is thrilled with the release of her novel, Thumb Pickles and Other Cautionary Preserves, published with JoJo Publishers. This middle grade reader, aimed at 10 to 14 year olds, is a collection of stories and includes the parable about a boy who is born with no thumbs (because SOMEONE should not have been running with scissors). Darcy-Lee Tindale believes even villains can fall in love – which she demonstrates in the title story Thumb Pickles and Other Cautionary Preserves, while telling the tale of how a person’s difference might influence the way they journey through life.

Darcy-Lee has many writing credits which include plays, poems and prose published in The NSW School Magazine, Celapene Press, Tincture, ZineWest, Black & Blue Publications, Penguin Books and children’s readers with McGraw Hill, Education. This year she was shortlisted at The Australian Crime Writer Association for the Ned Kelly Award, a prize which has been honouring the best crime-writing lurking in Australia since 1995, for her short story The Scars of Noir in the 2014 Sandra Harvey Short Story Ned Kelly Crime section.

When not scribbling, Darcy is a dramatic arts teacher by day, and has a background in directing, acting and theatre-sports. She has appeared on stage, television and in film. While Darcy is passionate about the performing arts, her first love is story. And while Darcy enjoys seeing the end result on stage or in film, she loves the joy of the first discovery, the author’s voice, thoughts, ideas, themes, and the story in the initial printed word. Her first passion is in books and novels, and the scope and insight a book or novel can give the reader.
Thumb Pickles and Other Cautionary Preserves is available in all good bookstores, just in time for Christmas.
ISBN: 9780987609618
Format: Paperback
Language: English
Pages: 166
Publisher: JoJo Publishing
Target: 10 – 14 years

Links to purchase your copy:
http://www.booktopia.com.au/thumb-pickles-and-other-cautionary-preserves-darcy-lee-tindale/prod9780987609618.html