In my seventh decade it appears that my childhood memories are becoming stronger while my recall for ‘why did I go into that room?’ keeps fading. As a result certain events in Australia’s history that occurred when I was a teenager have become my ‘writing fuel’. 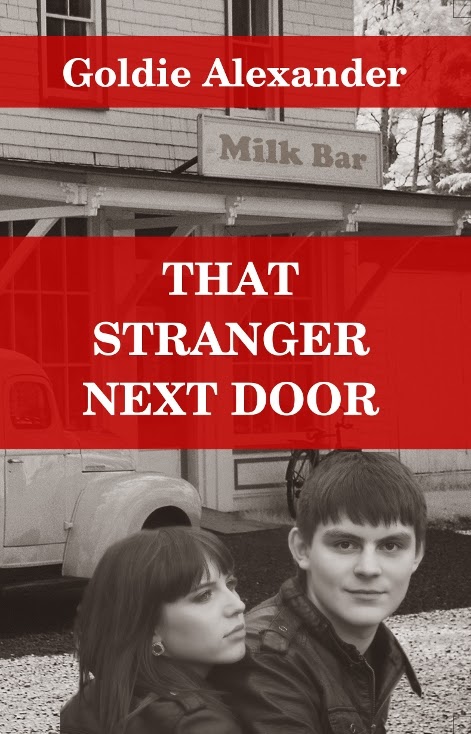 What triggered me to write That Stranger Next Door was the plight of our asylum seekers and the ‘Children Overboard’ incident, a situation John Howard used to regain his position as our prime minister. The similarity to the events of 1954 was overpowering.


Having taught history to high school students I knew how boring that could be. What had always been lacking was a sense of ‘being there’. Therefore once I started fictionalising history, I viewed my challenge as creating convincing settings, characters and dialogue. The all important narrative had to develop from the problems my characters encountered - their aims, wishes and fears.  All fictions based on history start with the premise ‘what if you were there at the time’. Though they must be based on careful research, this research had to be invisible.  The story must be seamless.


I had already written five historical fictions for young readers. In ‘Mavis Road Medley’ two contemporary youngsters time-travel to the Great Depression. In “My Australian Story: Surviving Sydney Cove” a thirteen year old girl convict lives in 1790 Sydney when the First Fleet felt cut off from the rest of the world. In ‘Lilbet’s Romance, a disabled girl describes her life just before the outbreak of World War Two. In ‘Gallipoli Medals’ Great Uncle Jack is a soldier in WW1. And in ‘The Youngest Cameleer’, my 14year old protagonist is a 14YO Moslem boy, part of a lesser known exploration into the interior that led to the first non-indigenous group stumbling across Uluru.


When I was in my mid teens in the mid 20th Century, PM Menzies was ‘king’ Australia was a place when the Queen visited us wearing pearls, England was Home, there was the Korean War, migrants being shunted into camps, the Snowy Mountain Scheme, the six o’clock swill, nuclear families, housewifery for women, and the coming of television. Politically, there was the White Australia Policy, the Communist Referendum, and the split in the Labour Party into ALP and DLP. And finally, the infamous ‘Petrov Affair’


It was that similarity of ‘history repeating itself,’ that niggled at me to write about that incident. When I approached several submission editors with the idea, some didn’t know what I was talking about. Alternatively, if they did, they told me no one would be interested.


Given that I am obstinate enough to persevere, I went ahead and wrote the book anyway. But this very political story needed a sweetener to make it appeal to young readers. What could be better than a Romeo/ Juliet romance set against that infamous affair?


Thus That Stranger next Door is set in 1954 at the height of the ‘Cold War’. In the United States, Senator McCarthy was using anti-communist laws to force academics, film makers and other intellectuals to a senate hearing to ask if they ever belonged to the Communist Party and to name anyone who had gone to their meetings. Many people lost their jobs and their families. Some even committed suicide.


When an insignificant Russian diplomat called Vladimir Petrov defected to Australia, promising to provide information about a Russian spy-ring, he forgot or avoided mentioning this to his wife. As Evdokia was pulled onto a plane in Darwin, she was rescued at the last minute by ASIO and hidden in a ‘safe house’. At the time PM Menzies was also trying to bring in similar anti-communist legislation to the US, and thankfully, in this he was unsuccessful.


However, the implications were frightening. So many migrants who had come to Australia in previous decades, and thus escaped death in the Holocaust, had joined the Communist Party. The propaganda coming out of the Soviet Union had been successful as this was before Russian tanks rolled into Hungary. So when the Petrov Affair was at its height, and people with membership cards were refused visas to the States, they buried and burnt any telling literature and trembled in fear. If Micks hated Protos, and vice versa, both groups joined together to hate Asians, Aborigines and Jews.

I had to make a story out of that. Thus in That Stranger Next Door, 15YO Ruth, her Jewish mother, father, small brother Leon and her grandfather (Zieda) live above the family milk-bar in Melbourne’s Elwood. Because Ruth’s father once belonged to the Communist Party, the family fear that the ‘Petrov Affair’ will help bring in anti-Communist legislation that will produce another wave of anti-Semitism.


The story opens with Eva moving in next door and Ruth meeting Catholic Patrick O’Sullivan. (Patrick’s father is about to work for Bob Santamaria and the emerging DLP party). Patrick offers to teach Ruth to ride a bike at a time when some Jewish girls were actively discouraged from riding bikes, never allowed to mix with gentile boys, and kept sexually ignorant.  Eva agrees to provide Ruth with an alibi for meeting Patrick, but only with the proviso that her presence also be kept secret. As Ruth rails against her mother’s ‘how a good Jewish daughter should behave’, she is fascinated by Patrick’s totally different background. Between Ruth’s account of her first love, Eva fills in her own very unhappy story.  All this takes place during the height of the Cold War when the world seemed on the knife edge of nuclear annihilation.

Though many books have been written by the children of Holocaust survivors, I don’t think anything has come out about the after effects of the Holocaust on those Jews who were here well before WW2 and their children, though repercussions have echoed through the decades. This is my fictional account of what it was like to be a Jewish girl living in Melbourne, Australia in the mid 1950’s. I should add that this story is pure fiction. I never lived above a milk-bar, though I had a friend that did, and my family left Elwood to live in a more salubrious suburb when I was only seven.