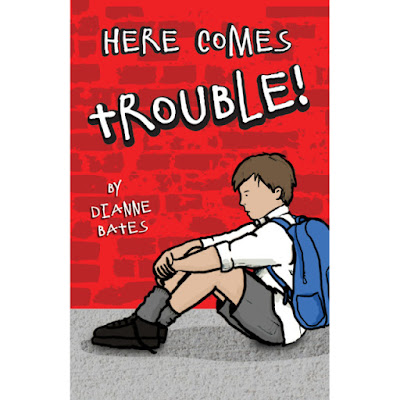 Even though I’ve written dozens of books (more than 120 and counting), it’s always an exciting time when a new book hits the shelves. My latest, due out in July, is a novel for young readers aged 8 to 11 years. Here Comes Trouble! is based on a boy I knew, one of five siblings, whose parents were addicts. The boy's family lived close to where my husband and I lived. He and his brothers and sisters ‘adopted’ us as ‘Nanny’ and ‘Poppy Bill.’ Sometimes the children came to us for food, other times we took them out, gave them gifts for Christmas and birthdays, or we shopped for groceries for the family. Sometimes we lent money to their parents.

It always upset me that their mother frequently kept them home from school. I talked to their school and became aware that the family had a caseworker, that the authorities were aware of their situation. I worried a lot about the domestic violence in the home and other adult abuses the children suffered, so it came as a relief to me when I discovered that all five had been taken from their parents and put into care.
Months later I ran into them and was amazed by the differences in them – happy, smiling and clean children who seemed much calmer. Yes, their carer told me, they were attending school every day and coming on in leaps and bounds in their learning and socialising.

Here Comes Trouble! is a fictional story but with a background of five siblings taken into care. The oldest boy struggles to fit into his home and his school life. Friendless, he accepts the company of an older boy who leads him into trouble with the police. Happily, there is an older couple which helps him and his siblings when their parents fail them. As with the children I was ‘Nanny’ to, they are taken into care where they live happily, all the while wanting the return of their parents. 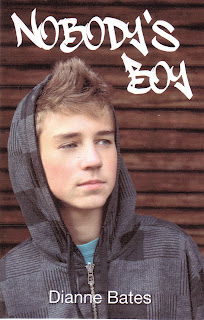 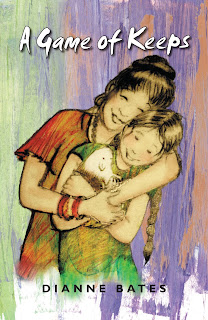 Recently, I’ve heard of several academics who are researching Australian written books for young readers that feature foster children. Both academics have been surprised to see how few there are -- even though thousands of children in our country are taken into care every year.

As a foster mother, I too looked for books to read to children we cared for: at the time all I could find that fitted the bill were books by American authors -- The Pinballs by Betsy Byars and Ruby Holler, Sharon Creech.
Here Comes Trouble! is my third book about foster children: the others are Nobody’s Boy and A Game of Keeps (both Celapene Press books).