Why and How I Write Verse Novels by Sally Murphy 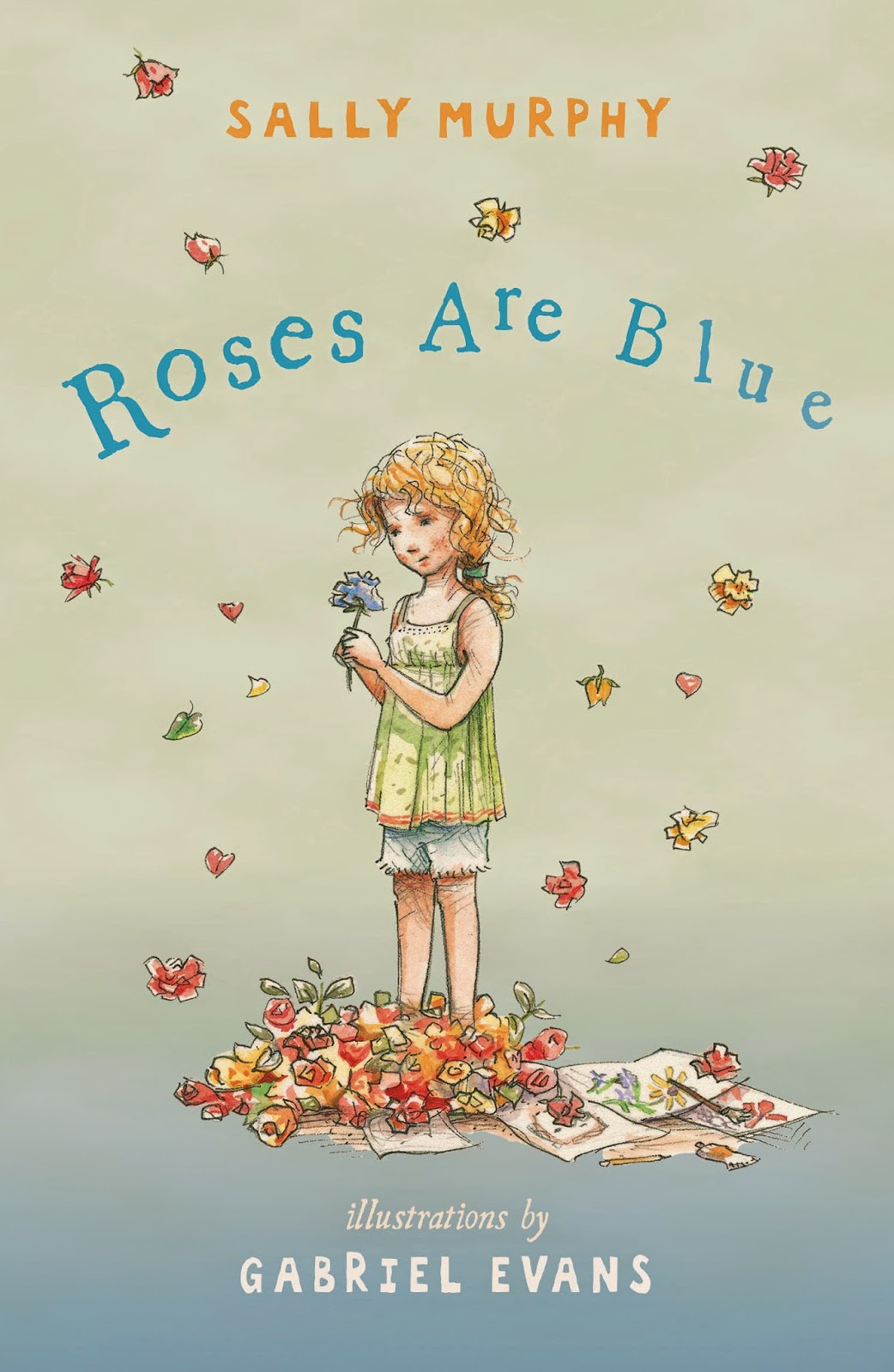 I fell in love with verse novels when I discovered those written by Margaret Wild (Jinxed and One Night). I decided then that I wanted to write in the form one day, and my love of verse novels continued to grow when I discovered works by Steven Herrick, Catherine Bateson, Lorraine Marwood and more. It took a while to find the right story for a verse novel, but when a girl called Pearl started telling me her tale, I wrote my first verse novel, Pearl Verses the World. Later, I met (in my imagination) a boy named John who similarly wanted his tale told that way, in Toppling.


Roses are Blue is my third verse novel, and took a little longer than the others to get from early draft to publication, because it took a lot of work to find the right balance between the sad, difficult subject matter, and some hope and happiness for Amber, the main character.


When I write a verse novel, I start with a character and a situation. In this novel, I had a little girl, Amber, in the horrible situation of confronting just how different her mother is - from other mothers, and from the mum she used to be.


I write the story from beginning to end, trying not to revise or edit until I have a first draft complete. Because I'm writing in poetry, I do consider things like line length and poetic technique, but try not to overthink these at the draft stage. I want to get the story down. So I wrote Amber’s story, of struggling with the changes in her life, and of wondering how her friends will react to Mum when she comes to school for a Mother’s Day function.


Once the draft is complete the hard work begins. Just as with a prose story I need to look at the story arc, the plot and any subplots, character development, setting and so on, but I also need to consider whether it works as poetry. Are there layers of meaning? Have I used line length to the best possible advantage? And what about poetic devices such as rhythm, repetition, alliteration, assonance, imagery, even rhyme? I consider how these can be used to enhance the story.


With Roses are Blue, I found the poetry part flowed quite naturally, but the  plot needed quite a bit of work, as I searched for more hope for Amber and for the reader. The character of Leroy became quite important too. Although he was present in early drafts his role grew in subsequent drafts.


Of course, I also have to convince my publisher that the verse novel works. Walker Books had published my first two verse novels, and I was lucky enough to have their support in getting Roses are Blue to publication standard.  This meant that once I thought the book was as good as I could get it, I had lots of editorial input from Sue and Jess at Walker until it was ready to be illustrated (by brilliant illustrator Gabriel Evans) and then, eventually, published.


Then, of course, there’s the fun part: holding my book baby in my hands, and getting to share it with the rest of the world.


Sally Murphy is a children’s author, poet and reviewer, who lives in Western Australia. When she’s not writing verse novels, poems, picture books and more, she’s busy with her family – she has six gorgeous children, an adorable grandson and a loveable husband, as well as two dogs. Sally loves to share her poetry with the world through school visits, festival bookings, author talks and the like.


Roses are Blue (illustrated by Gabriel Evans is published by Walker Books Australia (ISBN 9781922244376) and is available from good  bookstores, and from online stores including Booktopia, for a RRP of $16.95


Sally can be visited online at her website: www.sallymurphy.com.au